My Experiences with Generational Differences in Tech 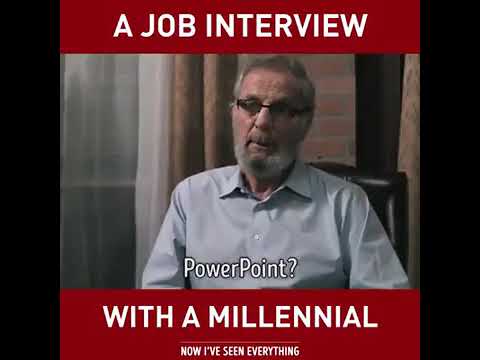 (The usual warnings about salty language apply to this, like all of my other blog postings.)

If you are unfamiliar with the images above, they come from a very funny jab at both baby boomers and millenials that can be found here. I am in my early 40’s and identify firmly as Generation X, who was famously described as sick of your bullshit (really, it is worth the read!).

When I left academia at the ripe age of “early 40’s,” I was considered a “junior faculty member.” In academia, this term is more about the lack of tenure than it is about age. Nobody in academia could be bothered with the fact that I had actually held a real job for 10 years prior to returning to the academia and starting on the tenure track. Now that I have left academia, I get a lot of questions from academics and recovering academics about what it is like to be a non-millenial working in tech (and especially a non-millenial recovering academic working in tech). So I thought it deserved a blog posting of its own. As usual, my experiences are just my experiences. YMMV.

I originally had in mind a different post from what this one has turned out to be. At one point early in this transition I tried to explain to a still-academic Gen X colleague (you know who you are!) about how different it was to work with millenials as your boss. He maintained that he understood and did not anticipate it being an issue for him. But it occurred to be that I wasn’t telling the right story. Then, last night I had a few new ideas in my head and ran into a millenial still-academic at the bar. We will call said still-academic “Salt Miner” (waves) for reasons that will hopefully become apparent later in this blog. Salt Miner reads this blog and we were talking about what I was hoping to convey and why it was so hard. And then, the perfect analogy hit me. So ride this one out with me for a second…

The defining attribute of working with millenials is their limitless optimism and positive attitudes.

That is my opinion. Yours may differ and that is cool. But hear me out. You can say whatever you want about a generation that was made fun of for getting participation trophies for everything or their need for constant feedback. The fact of the matter is that they make for very enthusiastic employees with a ton of energy and positivity. And they happen to be the driving force in tech right now.

I return to my conversation with Salt Miner, and I tried to explain this to them with this pseudo-parable…

Someone told a millenial that we had a problem and we needed to dig a tunnel. (While made up, I thought up this analogy based on a real-world event.) So that millenial got the others in the company together and they planned it all out. They got great support from their millenial friends who cheered them on. And they used their energy and determination to dig the most glorious tunnel you have ever seen. When it was finally complete, the accolades came rolling in from the other millenials in the company about how great a job these millenials had done with this tunnel.

But all the while a group of X-ers had been sitting back asking why we needed this tunnel? In reality, the tunnel was a tunnel to hell. And once complete, the millenials were still cheering each other on as Satan and the Army of the Dead came climbing through this portal and the X-ers are stuck with the question of “Why is everyone cheering for this invasion of the Undead?”

I have been working for my entire adult life (dating back to when I was an undergraduate research assistant) for baby boomers. So I kind of feel like I know what it is like to work for them. Baby boomers are in positions of management or authority because that generation is defined by seniority. One gets seniority by staying at the same company for a long time. It goes so far that even their retirement systems reward this type of seniority, as I blogged about a few months ago. There is a way to doing things. That way is defined. It has rules, boundary conditions, and process. Do not rock the boat because change is not something that goes well with this type of stability. It is secure, calmimg, and assured.

Working in this new gig is the first time I have not worked for a boomer. I am being managed by millenials. Their energy is contagious, but it is not without peril. From what I have seen, millenials have not had a lot of time to learn that not everyone is as positive as they are about things. I was describing a recent dust-up at work to Salt Miner where a bunch of millenials were upset about how they were being treated by an X-er. My response to the millenials was that they should just tell the X-er to “pound sand” and then just ignore him. And you could tell that this way of thinking was not in their wheel house.

Hence, Salt Miner. I told Salt Miner that I wish every millenial could channel some of the defining charms of Generation X. And yes, those charms are salty. We mutually agreed that millenials would be benefited by mining some of that salt that their older siblings have spent their working lives cultivating.

So mine on, my millenial friends! I like working with you, even if I don’t always know which social media platform you are currently expounding. I like that you are not so set in your ways and sticklers of rules. And if you are not comfortable mining your own salt, I get it. So let me do it for you. I have never shied away from telling someone to pound sand.